Using Data as a Scouting Tool in Rocket League 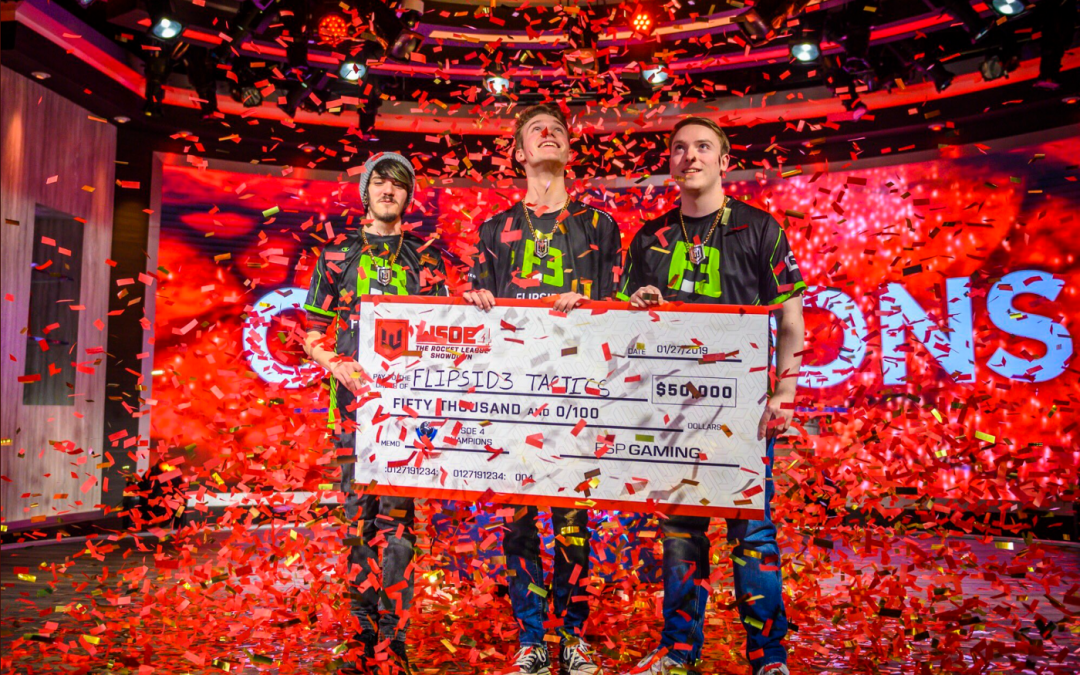 With the departure of Yukeo to Dignitas a week before a major tournament (WSOE), FlipSid3 Tactics’ Rocket League team was left with a very tight window to find a good replacement. They needed to find someone that fit the playstyle they had spent the last few months developing, and quickly. With only days to recruit a new teammate and train for the upcoming event, F3 turned to StatsHelix to assist them in their search.

When Yukeo first joined FlipSid3, Miztik and Kuxir had to significantly change their playstyle to compensate for the hyperactive new rookie. During that slow process, the team struggled to defeat opponents that previously wouldn’t have been much of a challenge. Working with StatsHelix, the goal was to find a replacement that would fit right into FlipSid3’s existing playstyle and require the least amount of re-training.

Traditionally, Rocket League teams have stuck to tryouts and scrimmages as a predictor of fit when selecting a new third player. At StatsHelix, we’ve been using data and analytics to image players and their playstyles since RLCS Season 3. Back then, we correctly predicted Turbopolsa’s success as a replacement for Maestro. Our model is both more accurate and time efficient than scrimms, which is exactly what FlipSid3 needed.

FlipSid3 Tactics already had their eyes on a few players: the choice was between the highly accomplished Mognus who had freshly left Complexity, Bluey, the former PSG player who had re-entered the RLCS with his new team Savage, and Speed, the Gfinity veteran who was playing with Red Reserve. Between those three very different players, we needed to decide whose style was the best fit.

We started off by analyzing F3’s playstyle during RLCS Season 6: 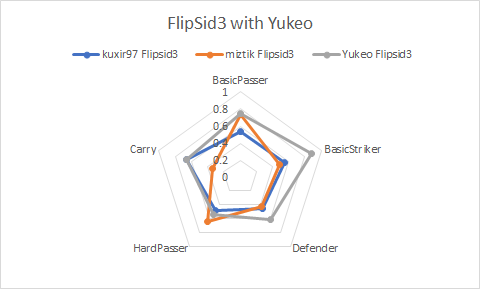 We took two Seasons of RLCS data and put it through a machine learning algorithm known as K-means clustering, which generated a five cluster model. There are five dominant play styles in professional Rocket League: Basic Passer, Basic Striker, Defender, Hard Passer, and Carry. Based on the current model, Yukeo was the heaviest striker, Miztik was the heaviest assist machine, and Kuxir was the most well-rounded player.

The way that Rocket League rotations naturally work, the first player to shoot is often the first player to make a save on the counter-attack. Because Yukeo was naturally more aggressive, this had the result of also inflating his defensive stats. To replace him, FlipSid3 needed to find an offensive minded player who could convert his chances without exposing his team on defense.

Initially, the players thought that Mognus was by far the best choice — he had the best track record and was a consistent performer. In reality, his play style couldn’t have been farther from Yukeo’s. Mognus is primarily a midfield oriented passing player who is more of a playmaker than a finisher. This worked well for Complexity but would have required Miztik and Kuxir to significantly alter their own playstyles. The next choice was Bluey, who was a much better option stylistically. At PSG, he was a creative, aggressive player very similar to Yukeo in many ways. However, with his new team, Savage, Bluey adapted to become a more all-around player. You can see the shift in his play style from Season 5 to Season 6 of RLCS. 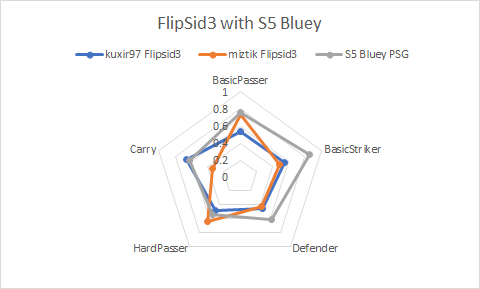 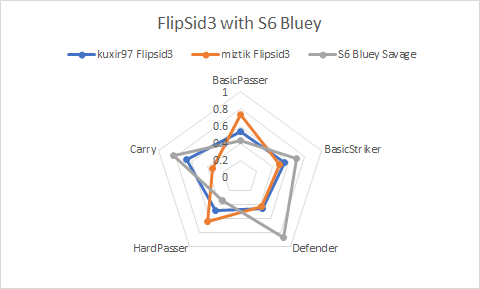 The third option, Speed, had more recently played in the desired style with Red Reserve. As you can see, our model showed him to be a near perfect match to Yukeo. After only a short trial the team brought him on. FlipSid3 Tactics went on to take first place at WSOE less than a week later, defeating many of the world’s best teams in the process, including RLCS Season 6 champions Cloud 9. Speed was the perfect fit for the team, and the results at WSOE proved that. The players never skipped a beat, and they continued their upward trend of beating better teams more convincingly. We’re excited that our technology was able to assist them in this amazing accomplishment.

At StatsHelix, we’re constantly innovating new ways to enhance esports through data. If you’d like to learn more or work with us, feel free to reach out at info@statshelix.com.